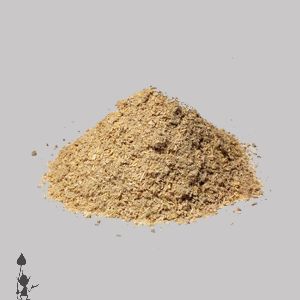 The roots from the Silene capensis (Silene undulata), or African dream root, are traditionally used to induce vivid lucid dreams.

In stock
Only %1 left
SKU
african_dreamroot_dream_root_silene_capensis
As low as €5.25
Share Add to Compare

The roots from the Silene capensis (Silene undulata), or African dream root, are traditionally used to induce vivid lucid dreams. The plant is native to the Eastern Cape of South Africa, where it has been used in spiritual rituals for centuries.

There exists very little documentation of the pharmacology of African dream root (Silene capensis). It is suspected that its dream-inducing activity is likely due to triterpenoid saponins contained within its roots. Relatively small amounts of the root (250 mg range) are reported to be active. The plant exerts only minimal alterations in waking consciousness, yet the effects upon the dream state can be profound.

Method 1 :
Half a teaspoon is mixed with half a cup of water. This is drunk early in the morning upon waking, while the stomach is empty. When you feel hungry it is safe to have breakfast.

Method 2 :
A heaped tablespoon is mixed with half a liter of water, and stirred or blended until a froth is formed. Keep sucking the froth off the container until you feel `bloated’ with froth, and then go to bed.

Ingest it on an empty stomach, and then when you feel hungry, you can eat. This will give the alkaloids time to travel through your system. The effects will be felt that night. The alkaloids travel quite slowly through the blood system, so it won't get excreted out during the day. Before going to sleep, focus on a question you would like to be ‘answered’. While sleeping, your dreams will be exceptionally colourful and will be remembered upon awakening.

Note that lucid dreaming gets easier with practice and technique.

Precautions :
Use the recommended amounts only; the actives are active in these doses. Larger amounts will have a purgative action, however, there are no fatalities or harmful side effects reported, only a good vomiting and cleansing out of the stomach. Small doses over several days will affect even the most insensitive person, so there is no need to take a large amount.
For more insensitive persons, or for people who use other alkaloids or have other alkaloids in their system, a more `clean' person would be more sensitive. The alkaloids from using some over a few days would build up in your system.