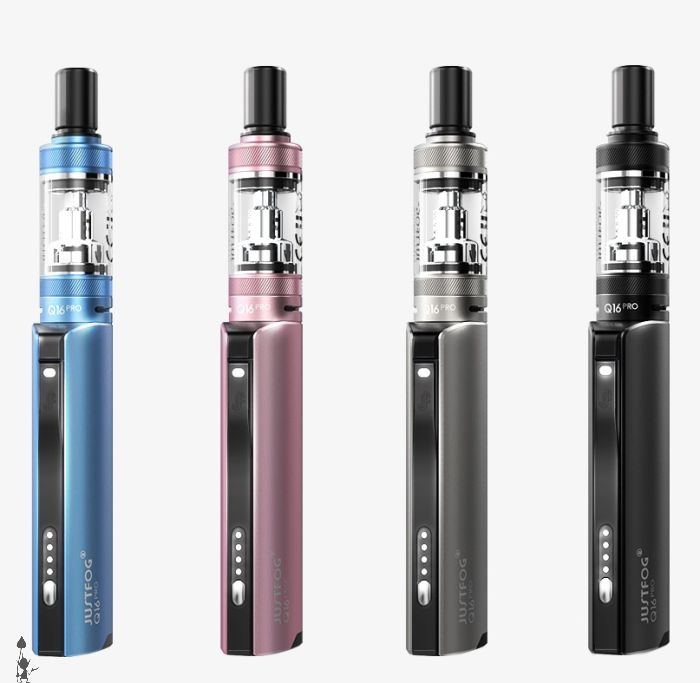 The new Q16! Now with a top-fill tank to prevent leaking, better airflow adjustment and a brand new design.

Ready to go, easy to use. With adjustable voltage and airflow. A new standard for electronic cigarette starter kits.

In stock
Only %1 left
SKU
e_cig_justfog_q16_pro_starter
As low as €34.95
Share Add to Compare
Manufacturer:Justfog

The simple settings make this a suitable e-cigarette for beginners and people who wish to quit smoking.

The battery used in the Q16 Pro Starter Kit has an internal capacity of 900mAh. This is, based on average use, enough to last at least one day without being charged. The battery can be charged by means of the supplied micro-USB cable.

The LED light lets you also see how much the battery is charged:

The redesigned Q16 Pro clearomizer has a top-fill fill system. This minimizes the risk of leakage of fluid. Maximum E-liquid capacity of the tank is 1.9ml.

The airflow ring on the underside of the clearomizer allows you to determine how much air is being added during the vapors.

The Q16 clearomizer Pro uses the 14 series of coils by Justfog, just like the Q16 and the Q16C. These are available in the following resistances:

Millers Watermeloen
As low as €3.00
Compare