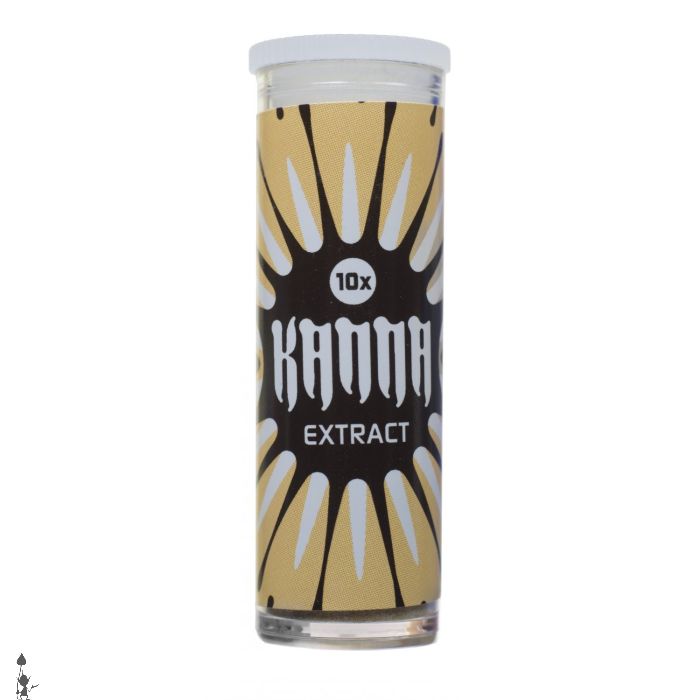 For hundreds of years Kanna (Sceletium tortuosum) has been used as as a mood enhancer, relaxant and as an empathogen. Leaves, very finely powdered. Excellent quality from South Africa.

Sceletium tortuosum is a small groundcover plant native to Southern Africa. There it has a long history of use. Written records dating back to 1662 show, that Sceletium was a bartering currency.

Traditionally, the prepared dried plant material was chewed and the saliva swallowed. It has also been made into teas and tinctures. Less commonly it was inhaled as a snuff or smoked, usually mixed with other herbs. A typical dose (chewed, in a tea or as tincture) is between 50mg and 100mg once or twice day, usually taken after breakfast and after lunch. Less commonly this can be increased to 100mg twice a day, if necessary. If you want to sniff or smoke it, do not exceed the amount of 20mg the first time.

It has a mood-elevating action caused by a number of alkaloids which interact with the brain’s dopamine and serotonin receptors. Mesembrine is a major alkaloid present in Sceletium. Mesembrine has been demonstrated to be a potent serotonin-uptake inhibitor. Other closely related alkaloids are mesembrenone, mesembrenol and tortuosamine, which are also present and produce very similar effects to mesembrine. Sceletium also has a remarkable ability to effectively decrease anxiety, stress and tension. In intoxicating doses it can cause euphoria, initially with stimulation and later with sedation.

Sceletium Tortuosum is a Selective Serotonin Reuptake Inhibitor (SSRI). It should not be combined with other SSRI’s (Seroxat, Prozac) or Mono Oxidase Inhibitors (MAO-I), such as Syrian Rue (Peganum harmala), Banisteriopsis Caapi, Passionflower (Passiflora incarnata), Yohimbe, and certain anti-depressants.