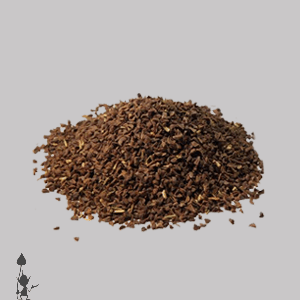 Peganum harmala seeds, also known as Syrian Rue, have very strong MAO-inhibiting properties. They can be used to make truffle trips stronger and make the trip last longer. Care must be taken with this product as MAO-inhibitors can be very dangerous when combined with the wrong food or drugs.

In stock
Only %1 left
SKU
peganum_harmala
As low as €4.25
Share Add to Compare

Common use of Syrian rue has the effect of a psychopharmacological tool, making otherwise inactive plants active. Sometimes Syrian rue is used to strengthen and prolong the effects of substances that are active by themselves. Syrian rue prevents the breakdown of monoamine neurotransmitters by inhibiting the action of monoamine oxidase enzymes, a process known as MAO-inhibition. This renders substances like DMT and 5-MeO-DMT orally active and makes a psilocybin mushroom experience last longer and become stronger.

A small number of people is experimenting with the effects of only Syrian rue infusions or smoked seeds. The effects of low doses are sometimes referred to as 'the harmala buzz', as it tends to cause a buzzing feeling throughout the head and body. This is also the initial stage for most people taking a higher dose, though it generally unfolds into a stronger experience associated with nausea, stomach cramps and vomiting. Also, psychedelic effects, such as visual and auditive distortions and mystical phenomena, seem to be common for some people. The experience will last around 4 hours.

It is possible to consume the seeds directly, by grinding them with your teeth. Let the ground seeds mix with your saliva for half a minute up to a couple of minutes and swallow. Another way is to grind the seeds with a mortar and pestle and put the powder in gel caps. With these methods, none of the active ingredients get lost in the preparation process. For a Syrian rue only experience, doses are still experimental. People should start with 1 gram to see how they react. 5 grams is a high dose for most people.

For potentiating a normal or high dose of truffles, taking 3 grams of seeds 15 to 60 minutes prior to the truffles is an established method. Taking more usually results in more physical discomfort and no stronger effect. It will make the mushrooms 1½ to 2 times stronger. It also adds 1 to 3 hours to the duration.

And finally, many people still use these seeds as an incense. In high amounts, this can also cause MAO-inhibition, albeit of shorter duration in comparison with oral ingestion.

Peganum Harmala is easy to grow. Sow the seeds in late spring (indoors) in a sandy soil mixture and be moderate with water. Put in a sunny spot and keep the temperature above 20 °C. Once your plant is all grown up (and placed outdoors) frost and dryness will not affect your plant anymore. During wintertime, the leaves will die, but the roots keep themselves in a deep hibernation, they will wake up again at the beginning of spring.

The primary active ingredients in P. harmala are harmine and harmaline. (C. Raetsch 2005)

Warning: Peganum harmala contains strong MAO-inhibiting substances. This means it can be very dangerous when combined with certain foods or psychoactives. Even some that are totally harmless when taken by themselves.