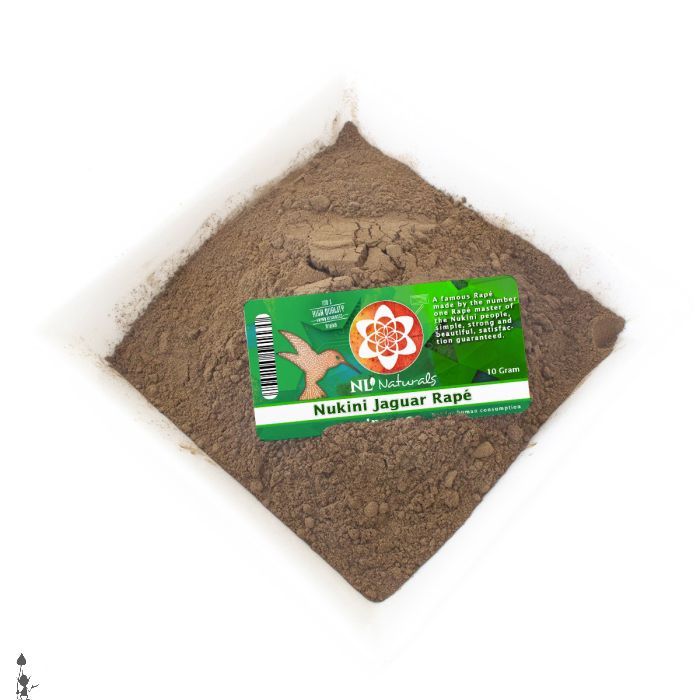 A famous Rapé made by the number one Rapé master of the Nukini people. Simple, strong and beautiful. Satisfaction guaranteed.

This very strong Rapé will clean your vision and can help you to focus on what's at hand. It is considered one of the strongest Rapé's we have to offer. It comes in a convenient dark glass bottle, perfect for dosing the right amounts.