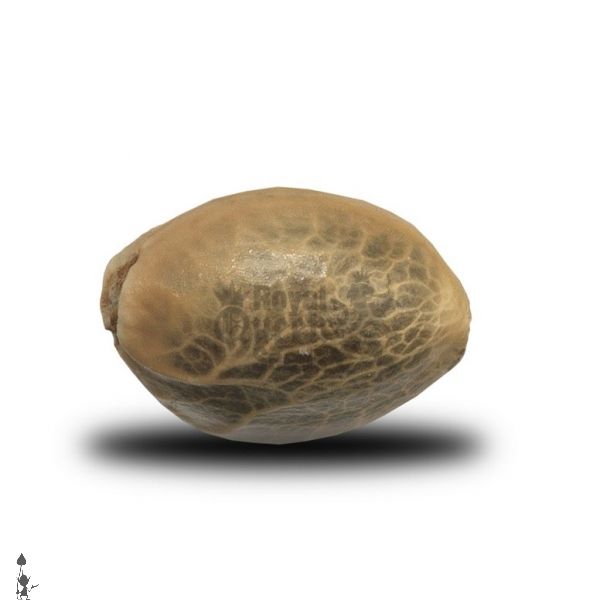 Royal Moby is a Dutch twist on a Spanish classic, brought to you in a feminized seed. Being a sativa dominant plant, it will grow big and strong throughout the flowering period. Indoors it can reach 2 metres, outdoors in the sun it will grow to over 3 metres tall. It grows exactly as you would expect a sativa to, with long stretchy branches, and lots of buds all over.

In stock
Only %1 left
SKU
rqs_royal_moby_fem
As low as €9.50
Share Add to Compare
Manufacturer:Royal Queen Seeds

Since the days of the early skunks we have primarily used Sativa and Indica hybrids to produce new types of cannabis seeds. Although they are a mix of both, usually one trait will shine more than the other, which we refer to as the dominant trait. While playing around with genetics, some growers in Spain came across a Sativa/Indica hybrid which flowered to the full psychoactive effects of a pure Sativa.

The smoke from this cannabis strain was so big, so gargantuan, it would eventually earn the title of Moby Dick.

The size of Royal Moby during its growth is rewarded with the yield that can be harvested. Indoor growers can expect 75 g per plant or 600 g per square metre under a 600w light. Grown outdoors it needs lots of sun, like along the Mediterranean; however, it can also be grown in extremely hot, tropical environments. In these conditions, these 3 m tall plants can grow up to 1000 g per plant. In both cases, indoors/outdoors, Royal Moby likes to grow big and will need lots of good nourishment to help it.

The only Indica trait to carry through in this hybrid is a short flowering period of 9-10 weeks. For commercial growers who can afford a little more time and room, Royal Moby is the perfect option for those willing to make a sacrifice for a better smoke.

The high that comes from smoking this is beyond astronomical, a pure psychedelic experience. Royal Moby is amongst the strongest THC-bearing cannabis plants we sell, and it's truly felt with every smoke of a joint or bong.