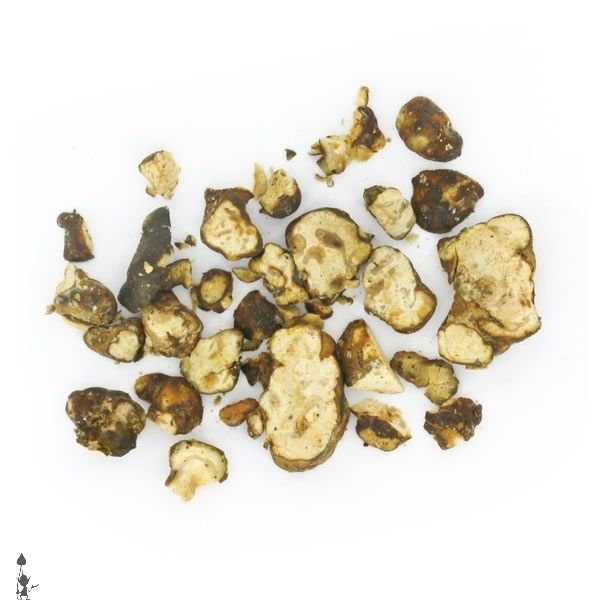 MUSHMAGIC
Be the first to review this product

Psilocybe Utopia is one of our strongest Magic Truffles and can give you an extremely heavy trip. A return ticket from Utopia is maybe the best way to describe it. Just as the Psilocybe Hollandia, this strain has a growth time of about 10 months, which will make sure the percentage of psilocybe and psilocine reaches it’s peak.

In stock
Only %1 left
SKU
utopia_truffles
As low as €20.00
Share Add to Compare

Magic truffles contain the same active substances as the world famous magic mushrooms, also known as shrooms, paddo's pilze and psilo's. As a prodrug, psilocybin is quickly converted by the body to psilocin, which has mind-altering effects similar, in some aspects, to those of LSD, mescaline, and DMT. In general, the effects include euphoria, visual and mental hallucinations, changes in perception, a distorted sense of time, and spiritual experiences, and can include possible adverse reactions such as nausea and panic attacks.

EFFECTS
The effects of the Psilocybe Utopia are comparable to the Psilocybe Hollandia. This strain gives you a ticket to an orbital flight! Like the Hollandia, the Utopia truffles will simply squash the reality your eyes normally see. With your eyes closed, you might see shapes and fractals of light or colour, like in a caleidoscope and as soon as you try to focus on a certain part, the whole view is replaced with some new sensation. Along with that, thinking "outside the box" is guaranteed. Deep thoughts, sudden bursts of creativity and uncontrollable laughter are common for a trip on Psilocybe Utopia. Our overall rating for the Psilocybe Utopia is 5 out of 5.

STRENGTH, DOSAGE AND USAGE:
The Psilocybe utopia is, together with the Psilocybe Hollandia, the strongest species in our range. Half a pack of 15 grams is enough for some people for a strong trip. For most people an amount of 2-3g (fresh) is enough to clearly notice it's effects. We often hear that people don't like the taste of Magic Truffles; fortunately, the Psilocybe utopia has a good taste. These Magic Truffles taste more nutty and slightly less acidic. The easiest way is to simply eat them (chew well!). Another way is to make tea of them. Let the Magic Truffles rest in hot water for 20 minutes. Don't let the water boil; boiling causes the psilocybin to degrade rapidly. After 30-60 minutes, the first effects are already being felt. Generally the effects are present for 3-6 hours.

When stored unopened in the fridge, these truffles can stay fresh for up to a few months.

WARNING:
The Psilocybe utopia is a very powerful Magic Truffle. Pay attention to the dosage, especially if you are not familiar with the effects of psilocybin. Also provide a sober person (the "Sitter"), who will be there to keep an eye on you. Do not drive if you consumed Magic Truffles. Don't use Magic Truffles under the age of 18. And very important ... Do not take Magic Truffles if you don't feel well or have a depressive disposition.

Hollandia Truffles
As low as €19.00
Compare